Our team is made up of trained and qualified translators who know first-hand what it’s like to step into the world of translation for the first time. We recognise that it can be difficult to get a foot in the door without experience, and we know the importance of passing expertise on to the next generation of translators. That’s why we created our Translator Academy model, which we use to develop all our newcomers to the industry into fully fledged translators. It’s a model we have carefully cultivated and formalised over the years to stay abreast of industry trends and ensure that our staff are being trained in the most efficient way possible. 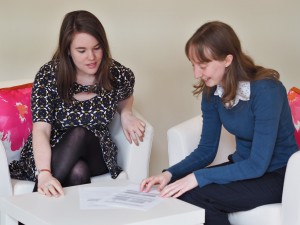 During their first week with the company, all new starters work through our initial training programme, which ensures they are acquainted with LKT’s in-house procedures and processes (including our work instructions for quality assurance). To help new trainees feel welcome, initial training is delivered by several members of the LKT team. Each trainee is also assigned a mentor – a more experienced colleague who is on hand to offer valuable tips and advice on anything from completing a timesheet to translating a German pun into English effectively.

Being tasked with a translation that would have taken a week at university, but now has a time limit of an hour, can be a shock to the system. After the initial period of training, the first on-the-job stage involves quite literally getting a trainee up to speed – while ensuring that their work consistently adheres to both internal and external quality criteria. The mentor is there every step of the way, revising the trainee’s translations and providing feedback both in written format and in one-to-one sessions. These dedicated meetings are an opportunity for the trainee to ask questions, discuss translation strategies and learn from in-house expertise, as well as benefit from the mentor’s advice and encouragement. As trainees become more confident, their word rate is increased and they are encouraged to develop their own style and enhance their familiarity with the subjects they are dealing with – the ability to research terminology effectively is an essential requirement for any technical translator. Here too, colleagues are always happy to point trainees in the right direction and impart their knowledge.

It goes without saying that training doesn’t stop after just a few months or years. Trainees and more experienced colleagues alike regularly revise each other’s work, offer one another valuable style pointers in peer review sessions, and share experience during team workshops. What’s more, the very nature of the profession requires translators to be learning something new all the time – whether that means researching innovative technologies or mastering new CAT tools. 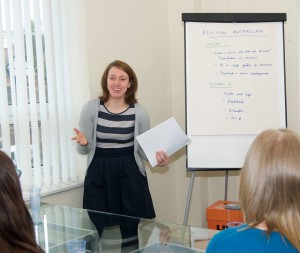 Through our model, we also equip translators with the skills they will need as their career progresses, whether they remain a part of our in-house team or choose to strike out on their own. Helen is one example of a translator who successfully trained through the Translator Academy model and now works as a freelance translator: 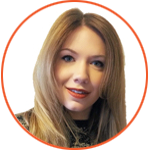 I started at LKT straight after finishing my MA at the University of Westminster. I was excited to finally be in the world of work after five years at university. However, in all honesty, it was a complete shock to the system. While my MA course had taught me a lot about translation technique, the pace was a real struggle. I realised that there was still a lot to learn.

Luckily, with the translator academy model, I received a great deal of training and support, which not only improved my style and accuracy but also my speed and efficiency. Junior translators can only progress through the ranks when the team is confident that they can work reliably and consistently at the required speed. Reaching this level gave me confidence in my ability, which was something I needed before I could even consider taking the plunge and going it alone.

I worked for LKT for 3 years before making the decision to go freelance. Without the training and support I received from the start, I think I would have struggled to up my pace to a reasonable level without comprising the quality of my work. Through the feedback provided by more senior members of the team, I quickly learned the types of mistakes I was making and was able make a conscious effort to rectify these. Feedback was always kind and constructive – all of the more senior team members started as trainees so they knew what I was going through.

The transition from university to the real world can often be a steep one in all kinds of jobs. While working freelance is often the ultimate goal for wannabe translators, I believe that it is vitally important to participate in proper training and learn from your peers, which is where companies like LKT come in. University can teach you so much, but some things you need to learn first-hand.

As well as providing experience, LKT has proven to be an important contact for me in my move to freelancing. I have continued to work with the company as a subcontractor, and being able to work with a familiar team and with familiar end customers has really eased the transition. I hope our working relationship will continue for many years to come.

Siobhan, meanwhile, has been part of the team since its early days and now has the role of Lead Translator:

anslations in 2006, having moved straight from a languages undergraduate degree into a postgraduate MA in translation. In-house positions with a focus on translation were rare then and still are today, so I realised just how fortunate I was to be given the opportunity of a placement and then a full-time post at LKT.

What I hadn’t anticipated was quite how steep the learning curve would be. Working as a translator in the real world means considering so much more than just dealing with the linguistic side – it’s about communicating with clients, being aware of costs and timings, and following the right procedures for project administration. Fortunately, I had the support network of the Translator Academy model around me – despite being in its early days back then, it still had all the features of what continues to make it a successful model nowadays. I was assigned a trainer who examined all of my work and gave me useful, in-depth feedback, ensuring that my translations were at a consistently good standard before I was allowed to progress within the team. Additionally, the translation team environment and the exposure to various types of project helped me to become more commercially minded.

More than a decade later, I’m still here: for me, it’s the perfect environment in which to focus on what I love to do – translating – while also having a hand in other aspects of the business. Over the years, I’ve had the opportunity to pass the knowledge I gained through my own training on to many more staff members, and I firmly believe that acting as a trainer has improved my own work. Even among the more experienced members of the team, the Translator Academy model ensures that there is still a strong support network available at all times, as it encourages team members to reach out to one another for feedback and advice on linguistic matters as well as other issues. It’s a great feeling to reflect back on the history of the team’s development and see how far our model has helped our translators to come.

If you like the sound of our model, get in touch! E-mail us at catherine.entwistle@lktranslations.co.uk or click below.