LKT at the ITI Conference 2019 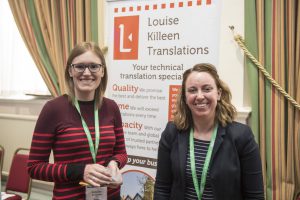 The Institute of Translation and Interpreting is one of the primary professional bodies in the UK looking after the needs of those working in the languages sector, and holds a conference for its members every two years. The translators working at LKT are either members or aspiring members of the institute in their own right, with each team member following the path from AITI (Associate) level up to full MITI (Member) status as they progress through the company. However, the business itself is also a Corporate Member, so this makes the conference a key date in the calendar on both a personal and company-wide level.

This year the event was held in Sheffield, not too far from LKT’s home turf, and Lead Translator Siobhan plus Senior Translator Catherine were given the opportunity to attend on behalf of LKT. Spanning two days, the conference offered a busy schedule of talks and activities within the grand setting of the Cutlers’ Hall right in the city centre, and Catherine and Siobhan took the opportunity to attend as much as possible between them. One of the focal points of this year was the subject of PEMT – post-editing of machine translation, an emerging sub-sector of translation activities in which a text is first processed through a sophisticated computer system and then edited by a human translator. It is a topic of much debate in the translation community: while it has the potential to boost productivity and solve some of the issues surrounding the fact that there is more demand for translation than there are human translators available to take it on, it also raises important questions about quality and whether the process really is as efficient as it purports to be. Catherine and Siobhan also attended talks on legal translation, tapping into the premium market, business practices, and boosting the image of translators in the wider world – all delivered by excellent speakers who kept their audiences engaged.

As is tradition at the ITI Conference, a gala dinner was held on the Friday night, providing an opportunity for to dress up, socialise and meet up with some of LKT’s freelance partners in a different setting to the usual interaction from behind a computer screen! Interspersed by the ITI Awards for 2019, it made for an entertaining evening with a delicious meal. 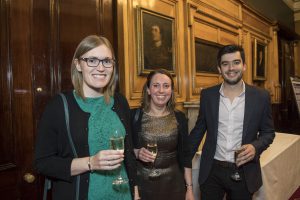 Catching up with freelance partner Lee Wilson at the gala dinner

On the Saturday morning, it was back to the main gathering point inside the Cutlers’ Hall for what was one of the highlights of the event from LKT’s perspective: the Corporate Showcase, which was the first event of its kind at an ITI Conference. This proved so popular that there were queues of attendees at each stand and the event organisers ended up extending it beyond its allotted time slot! Siobhan and Catherine spent the morning ahead of the main conference proceedings, plus the morning tea break, chatting to attendees about LKT’s business, collecting business cards and giving out plenty of LKT-branded coasters! Several useful contacts were made, and it was great to hear positive feedback about the way in which LKT operates – in particular, the Translator Academy model and training opportunities. 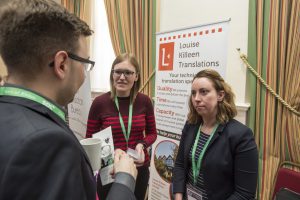 Catherine and Siobhan enjoyed speaking to new contacts at the event

After a whirlwind couple of days, it was time to head to the train station and return home with lots to reflect on. Both Catherine and Siobhan were delighted to have had the opportunity to attend what was probably the ITI’s best conference yet, and to have met or caught up with so many fellow industry professionals.